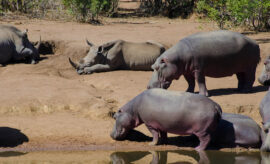 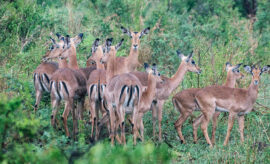 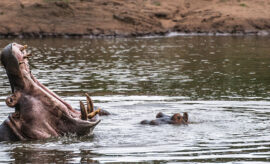 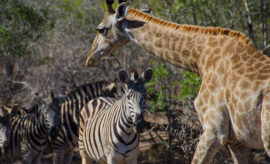 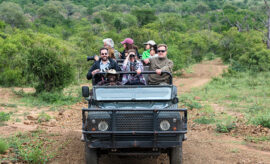 Mkhaya Game Reserve, a private reserve, located between Manzini and Big Bend, is Eswatini’s (Swaziland’s) most exclusive safari retreat. Here you leave your vehicle behind to join an expert private guide for game drives and bush walks. You then dine beneath the stars, before drifting off to sleep in your chalet to the noises of the night.

Big Game Parks acquired Mkhaya in 1979 in order to protect the country’s last indigenous Nguni cattle. As the reserve expanded so did its ambitions. Today it is a sanctuary for endangered species and home to other large mammals that once roamed Eswatini freely. White rhinos are common and black rhinos, though more elusive, are still often seen. You should also find giraffe, zebra, hippo and warthog, plus Eswatini’s only herd of buffalo. Roan, sable and tsessebe are among the rarer antelope, with wildebeest, kudu, impala and nyala all abundant. Leopards are only occasional visitors, but you may hear spotted hyenas at night and crocodiles are often seen lounging around the main waterhole. Back in camp the excellent birdlife includes such specials as narina trogon, pink-throated twinspot and crested guineafowl, while nyala and even a few shy suni browse around the camp. After dinner listen for the fragile whistle of fiery-necked nightjars, the unearthy shriek of greater bushbabies and the whoop of spotted hyenas.

Tracking rhinos on foot at Mkhaya is as thrilling as anywhere in Africa. White rhinos are generally approachable and the guides may take you extremely close. Black rhinos are more nervous and aggressive, so tracking them can be an adrenaline-charged affair. Bush walks are not just about big game, but offer a full immersion in the sights, sounds and textures of the bush. Expect to learn about everything from the air-conditioning of a termite mound to the contents of a hyena’s droppings. Afterwards, watching wildlife from a vehicle may seem like watching it on TV. 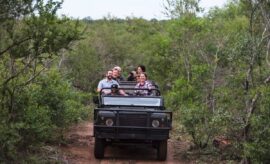 Safari in Mkhaya
Accommodation in or near Mkhaya Game Reserve 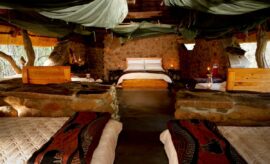 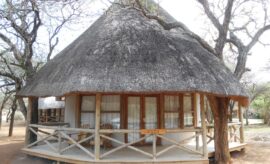 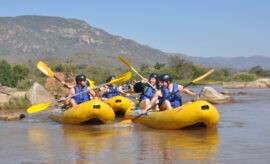 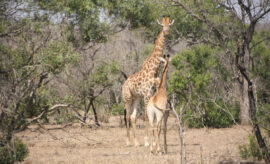 KaMsholo Bushveld Safaris
A picturesque and privately owned nature reserve.
You may also like 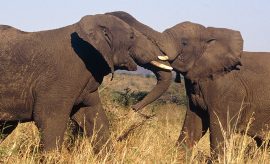 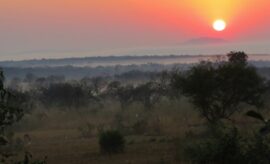 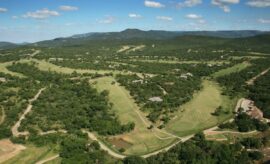 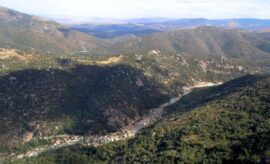 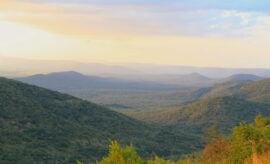 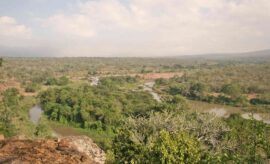 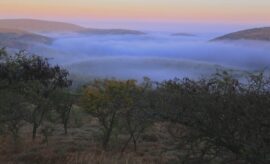 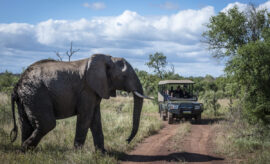 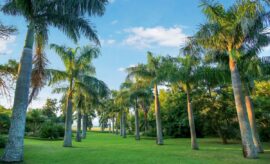 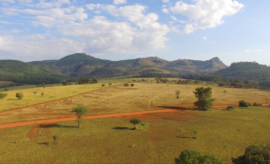 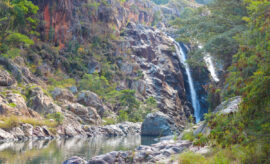 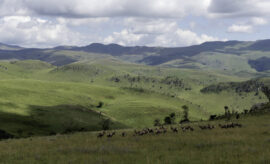 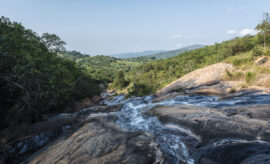 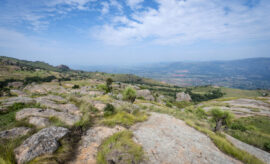