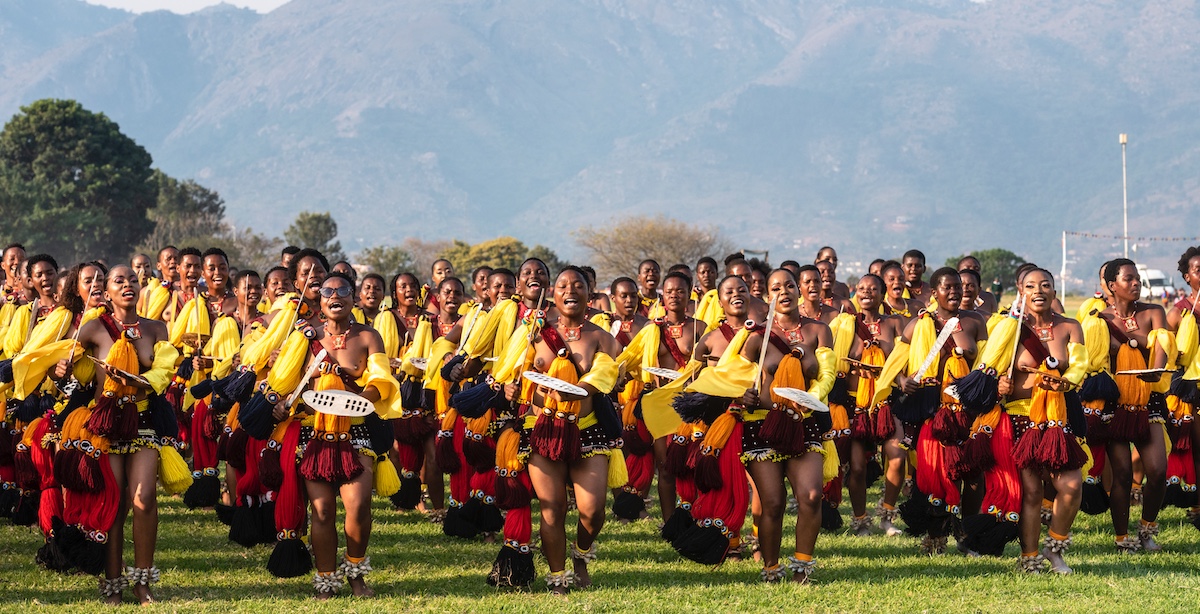 Each year, the world descends eagerly to the Kingdom of Eswatini to immerse in the untainted, timeless culture of EmaSwati at the Umhlanga (Reed Dance) Ceremony. This year was certainly no different.

With the revival of global tourism encouraged by the cautious easing of travel restrictions the world over, Eswatini welcomed thousands of visitors from the region and across the globe this past weekend for the pulsating Umhlanga festivities.

Visitors couldn’t have chosen a more appropriate time to experience the country as this was the busiest weekend in the year outside of the MTN Bushfire festival. The weekend offered a wholesome blend of experiential events, namely the Swazi Rally at Rider’s Ranch in Sidvokodvo, Africa Tourism Board’s African Legends Soccer Tournament and African Carnival at the Mavuso Sports Ground and the Imvelo MTB Classic at Mlilwane Wildlife Sanctuary, among many others. These events are known and loved by people from different parts of the world, hence their ability to stimulate tourism in the country.

Due to the various activities that took place in the country and the keen interest in attending the Umhlanga Ceremony demonstrated by the thousands of tourists who came into the country over the 4-day period, accommodation establishments recording impressive bookings.

A total of 9,457 international visitors were recorded into Eswatini during the Umhlanga weekend between 2 to 5 September, 2022. Arrivals from the region constituted a larger proportion of regional inbound arrivals with South Africa and Mozambique accounting for over 66.8% and 8.8% respectively. Eswatini attracted within 4 days 45% of the total arrivals achieved in 30 days in September 2021.

Commenting on the arrivals and tourism activity within the country over the course of this year’s Umhlanga weekend, the Chief Executive Officer of the Eswatini Tourism Authority, Linda Nxumalo, affirmed that these figures indicated encouraging developments in the country’s tourism recovery.

Nxumalo further attributed the arrival of tourists from emerging African markets such as Nigeria and Malawi to Africa Tourism Board’s Africa Soccer Legends Tournament which pulled attendees from different corners of the continent.

“We are pleased to see South Africa and Mozambique maintain their position as Eswatini’s highest source markets. We attribute this to the recent familiarisation tour under the Triland Agreement between the Eswatini Tourism Authority, Mpumalanga Tourism & Parks Agency and Mozambique Tourism Board (INATUR). This is initiative seeks to promote the region as a tourist, trade and investment destination. We commend the tireless efforts made by tour operators who took part in the Triland creating and selling packages to Eswatini to regional and international tourists,” said Nxumalo.

Nxumalo went on to forecast an increase in arrivals from emerging markets, citing the figures recorded over the Umhlanga weekend.

“We anticipate an increase in tourists from Zimbabwe following the securing of the country as one of the primary routes for the country’s emerging airline, Eswatini Air. We also note that the arrivals from Europe were higher over the 4-day period at 1,251 compared to the whole month of September last year where the country received 521 tourists from the continent,” said Nxumalo.