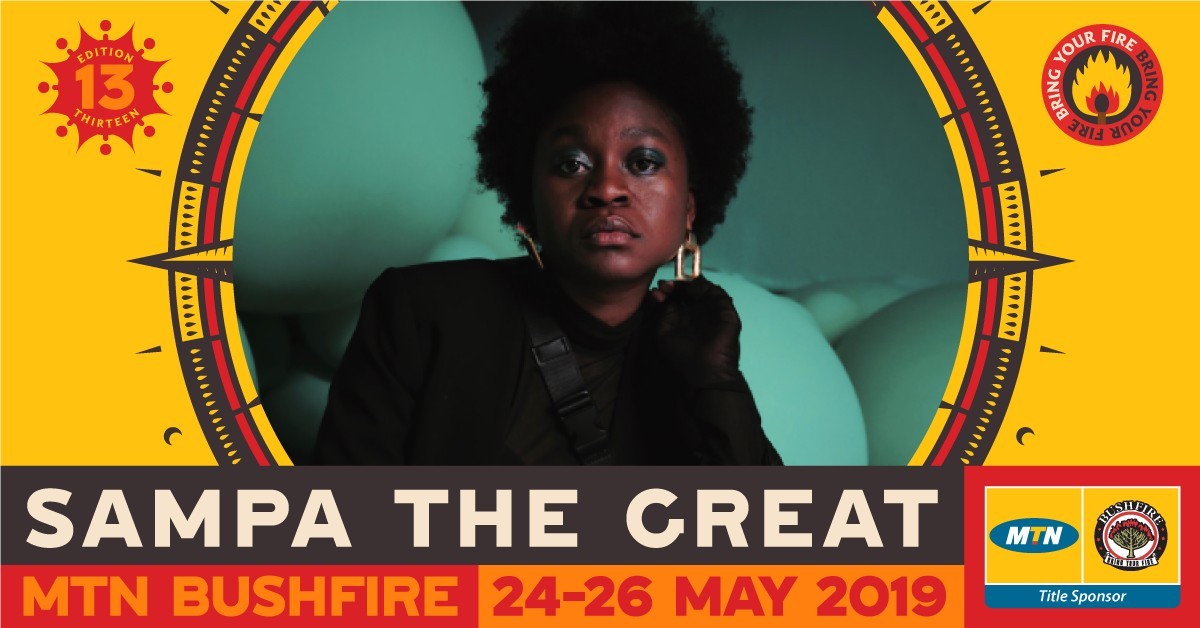 MTN Bushfire is the acclaimed music and arts festival known and loved for its Afro-centric ethos and its strong focus on African music, culture and the arts. Listed by BBC as a “Top African festival,” MTN Bushfire has recently confirmed an eclectic mix of artists from Europe and Africa. The latest artist announcements reflect the diverse mix of styles, sounds and cultures that will be on display across the MTN Bushfire stages.

Taking place from May 24th – 26th, just a few hours’ drive from Johannesburg in the beautiful Malkerns Valley of Eswatini (Swaziland), MTN Bushfire recently announced festival headliners from West Africa, Asa and Mr. Eazi, Kenya’s Blinky Bill as well a range of exciting other artists who have already been announced.

Sampa the Great (Sampa Tembo) is a poet and singer-songwriter. Expressing herself through music, poetry and visual art, Sampa captures listeners with thought provoking words, while encouraging people to enjoy the simplicity of creativity. Sampa The Great hails from Africa, the motherland. Born in Zambia, she was then raised in Botswana.

Grassy Spark’s latest direction, as a newly-cemented 5 piece, is all about a fresh perspective while honing in on what Grassy Spark is all about. Essentially, Grassy Spark is more of an idea than simply a band or a genre and in many ways they’ve now become genre neutral, owing mostly to the multiple genres they’ve indulged in since formation in 2012.

The Black Motion duo started releasing music online in 2009 and have established a great reputation as artists who are are passionate about their music and their live-act of playing the drums and spinning music, while dazzling the audience with their freestyle dance moves.

Trompies are also legends in the South African Kwaito scene- proving that the genre is indeed timeless. After twenty years in the music business, the group is still in the business of “of making people dance.”

The legendary Tshepo Tshola has been wowing audiences for over 40 years, and this year will make an appearance at MTN Bushfire.

South Africa’s Dope Saint Jude, a rapper and producer with a defiant, life-affirming queer perspective, has also been announced along with the Nigerian-South African collaboration of Eme and Moonchild from Nigeria and South Africa respectively.

The 2019 line-up includes a range of cuttingedge artists who are pushing the limits of performance. Ain the Machine is an audio-visual storyteller with a clear goal: to transform the way we interact with music. It is music without instruments, a concept he calls Musica Biotronica.

Switzerland’s Puts Marie as an indie band has been described as a mix between a great rock’n’roll circus and theater with strange poetry, while Colombia’s Alibombo, besides being a percussion group, is an experimentation laboratory.

Guests are reminded however not to purchase tickets from 3rd parties as these tickets cannot be guaranteed as authentic.