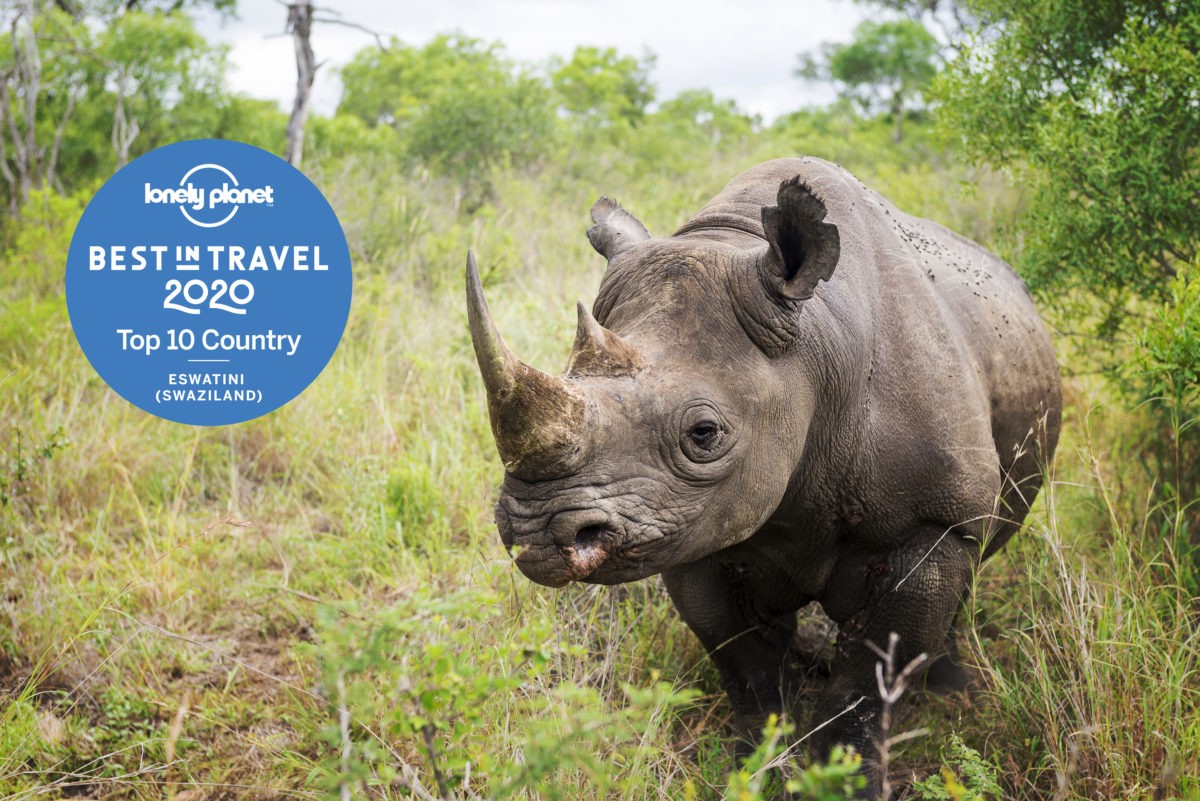 Eswatini has today been named one of the world’s top countries for travellers in 2020 by world-leading travel authority Lonely Planet. The country receives the accolade in Lonely Planet’s Best in Travel 2020, the highly anticipated annual collection of the best travel destinations, trends, journeys and experiences to have in the year ahead.

“Petite, pleasant and packed with culture, adventure and legendary wildlife, the newly named Kingdom of eSwatini (formerly Swaziland) is one of Southern Africa’s most underrated (and least visited) destinations.” says Lonely Planet.

“The varied landscapes within its parks and reserves provide one exciting revelation after another, whether it’s zip lining, trekking, whitewater rafting or mind-blowing rhino encounters. Mix in a pervading sense of peace and enthralling cultural festivities and you’ll be smiling all the way home.” they continue, unsurprisingly suggesting that travellers, “get here in 2020 to ensure yourself a front seat.”

Unmissable experiences in Eswatini recommended by Lonely Planet’s experts include:

Tom Hall, Lonely Planet’s VP of Experience, said, “Eswatini offers mind-blowing wildlife watching, stunning scenery, adrenaline-boosting activities and colourful traditions, yet it has remained relatively undiscovered. Visitors in 2020 can experience the wonder of Eswatini ahead of the crowds as a new international airport and improved infrastructure make the country more accessible.”

Eswatini features fifth in the list of top countries for 2020, which is hardly surprising when the country has so much to offer. As one of the last monarchies remaining in the whole of Africa, the traditions that originate from centuries ago still continue within this laid-back nation. Group Editor of Lonely Planet Magazines, Peter Grunert, recently travelled to Eswatini for 6 days and his trip was packed full of some of the country’s must-see’s. As well as staying at a community-run camp in the remote Lubombo Mountains and experiencing rural life and traditions in Eswatini, Peter also spent time at all three of the country’s Big Game Parks, including the famed Mkhaya, known for offering some of the best rhino experiences in Africa. The full details of this trip will be revealed in the next edition of the Lonely Planet Magazine in a ‘gigantic extravaganza of a feature’, so make sure you pick up a copy!

Eswatini Tourism Authority representative Kelly White said, “As an underrated yet up-and-coming African country, it’s an honour to have Eswatini named as one of the world’s top countries for travellers in 2020 and for it to be featured in Lonely Planet. This is an accolade that the country truly deserves and we’re confident it will encourage more people to visit in the coming years.”