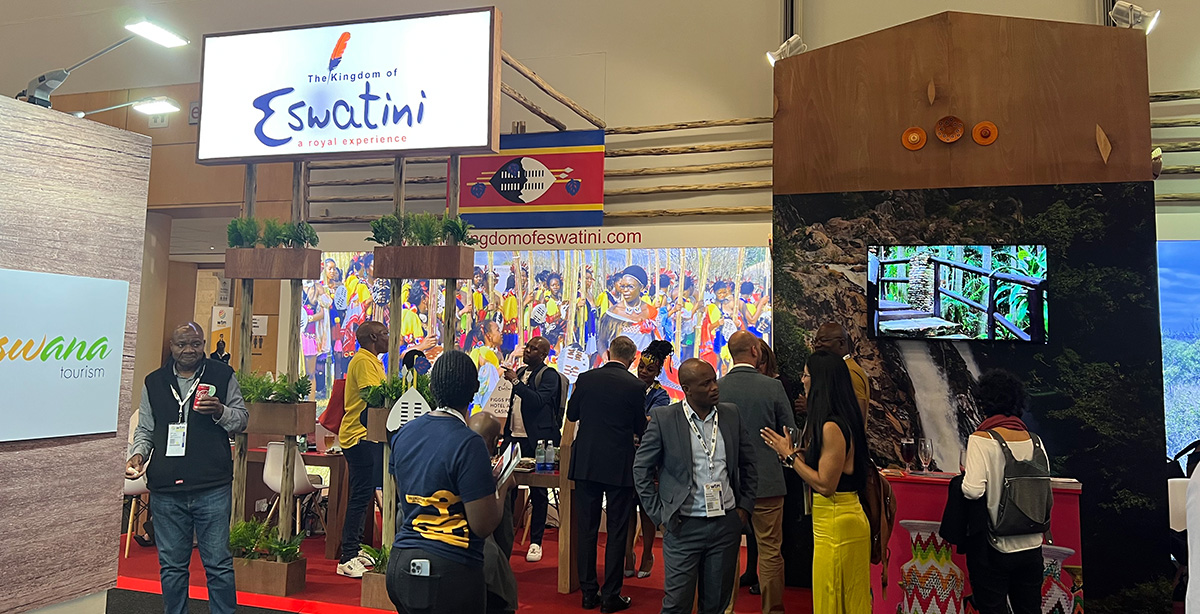 The Kingdom of Eswatini joined over 40 African countries and 12 international countries at the first World Travel (WTM) Africa held since the outbreak of the COVID-19 pandemic at the Cape Town Convention Centre from 11 to 13 April 2022.

With a total of 400 exhibitors at this year’s WTM Africa, as well as more than 200 buyers and tour operators from over 40 countries, this platform offers Eswatini the opportunity to engage potential buyers and further position herself as a destination of choice to the regional and international markets as affirmed by world renowned travel agency, Lonely Planet which hailed the country as “one of the world’s top countries” in 2020. 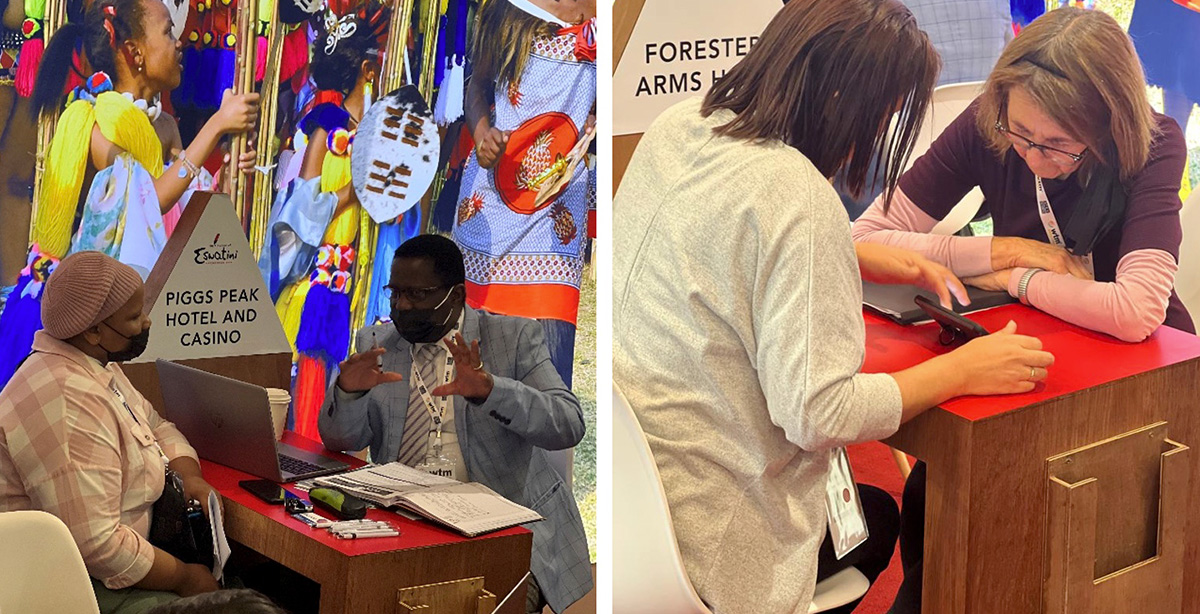 The ETA along with the 9 Eswatini co-exhibitors have been showcasing country’s culture, sceneries and the warm spirit of EmaSwati to about 32 buyers who visited Eswatini’s stand.

Commenting on the regional and international market’s appetite for Destination Eswatini, ETA’s Head of Marketing, Sboniso Madlopha, expressed that a majority of buyers and tour operators who have engaged with the Eswatini product expressed great interest in the country’ tourism offerings. Madlopha mentioned that the stand was visited by tour operators from countries such as Canada, Australia and European countries such as the United Kingdom which is one of Eswatini’s source markets.

“We are excited to be bringing to WTM Africa new information on Eswatini’s travel regulations and for the opportunity to relaunch Destination Eswatini to the regional and international market as a country that is ready to welcome the rest of the world,” said Madlopha.

“One of the important appointments that we had here was meeting with the Thompson Holiday Group who are looking to package Eswatini on their holiday itineraries for tourists,” he added.

The Eswatini stand received a number of visits and frequently asked questions included ease of navigation in exploring the beauty of the country, activities that they can enjoy, visa requirements and travel restrictions.

What the Industry had to say 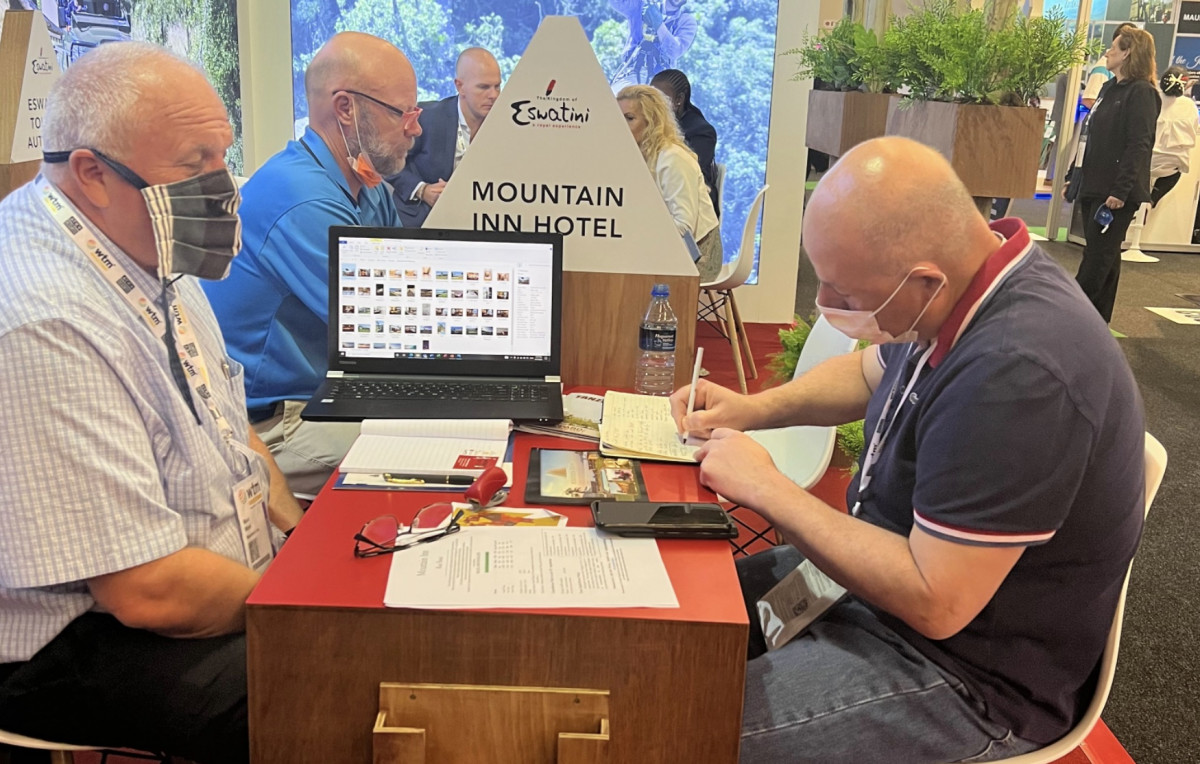 “WTM Africa is a necessity for the Eswatini tourism sector as it serves to fulfill the government of the Kingdom of Eswatini’s economic policy which identifies tourism as a priority sector in the country’s economic recovery strategy.
The exhibitors present at WTM Africa have had higher than average number of meetings with buyers who have been looking for something different and unusual to do. Eswatini certainly offers a lot of those experiences which only need to be unearthed and brought to the surface. It’s been an exceptionally busy show and I believe most of the Eswatini exhibitors have had close to or more than 30 appointments. It’s been a good show.” 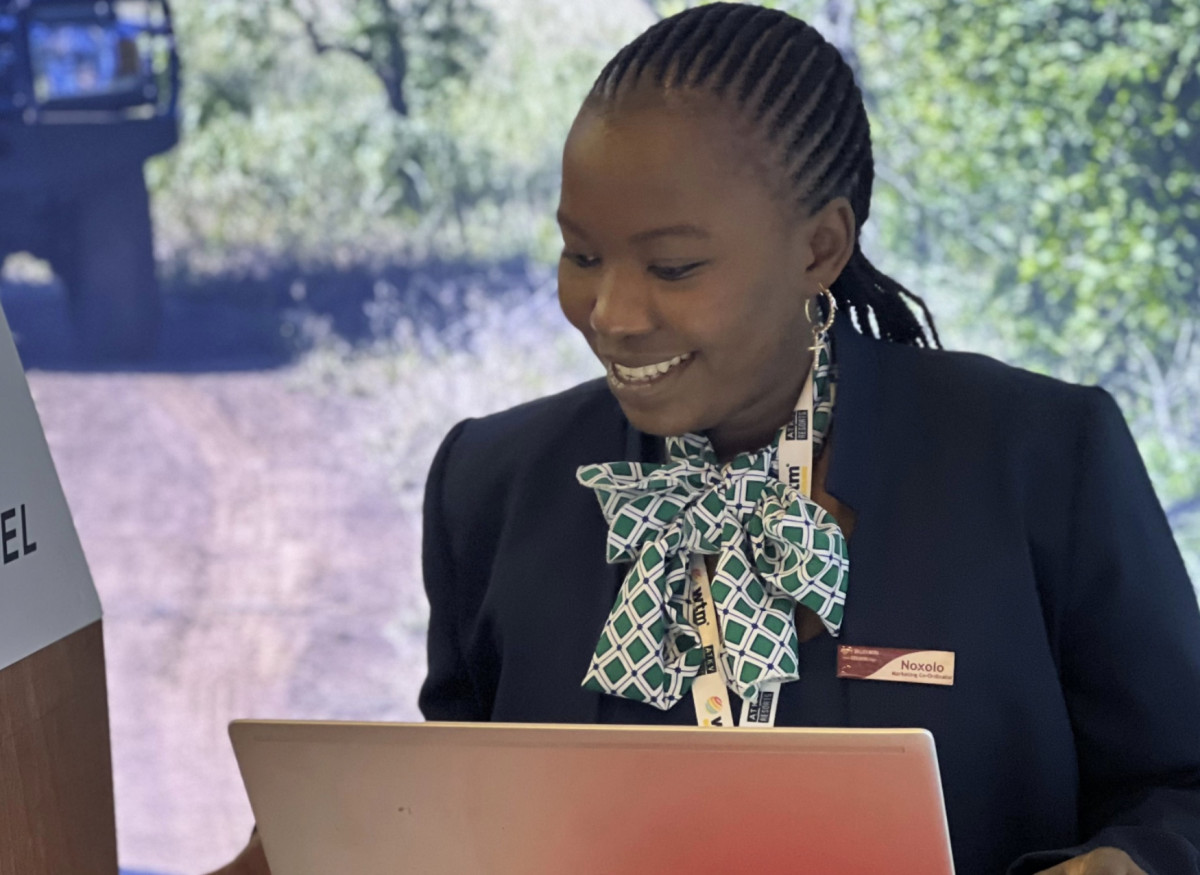 “The tourism industry is excited to travel especially with the decrease in COVID-19 cases and easing of travel restrictions, buyers and tour operators from different countries are ready to travel back to Eswatini.

It has been two years since we physically attended WTM Africa and even though we participated in the virtual show last year, the experience was not the same as hospitality requires in-person interactions. One of the most positively-received news during our meetings has been the elimination of the PCR test requirement for fully-vaccinated tourists. We’re getting a lot of positive feedback from the European and American markets, as well as the SADC region. The COVID-19 pandemic exposed us to the ease of travelling within the SADC region and we have seen great interest from neighboring countries.

After the pandemic, there are a lot of new trends. Before COVID-19, we were dealing with the same guests, but after the past 2 years, we are anticipating first-time visitors to Eswatini from as far as Poland. This year has offered us the opportunity to sell ourselves for the first time to new buyers and tour operators as opposed to our usual guests. There are a lot of people who wouldn’t have heard about Happy Valley Hotel if it were not for WTM Africa. In the meetings we’ve had, a lot people have responded with sheer excitement to our casino, the recent renovations and the hotel’s new wing.” 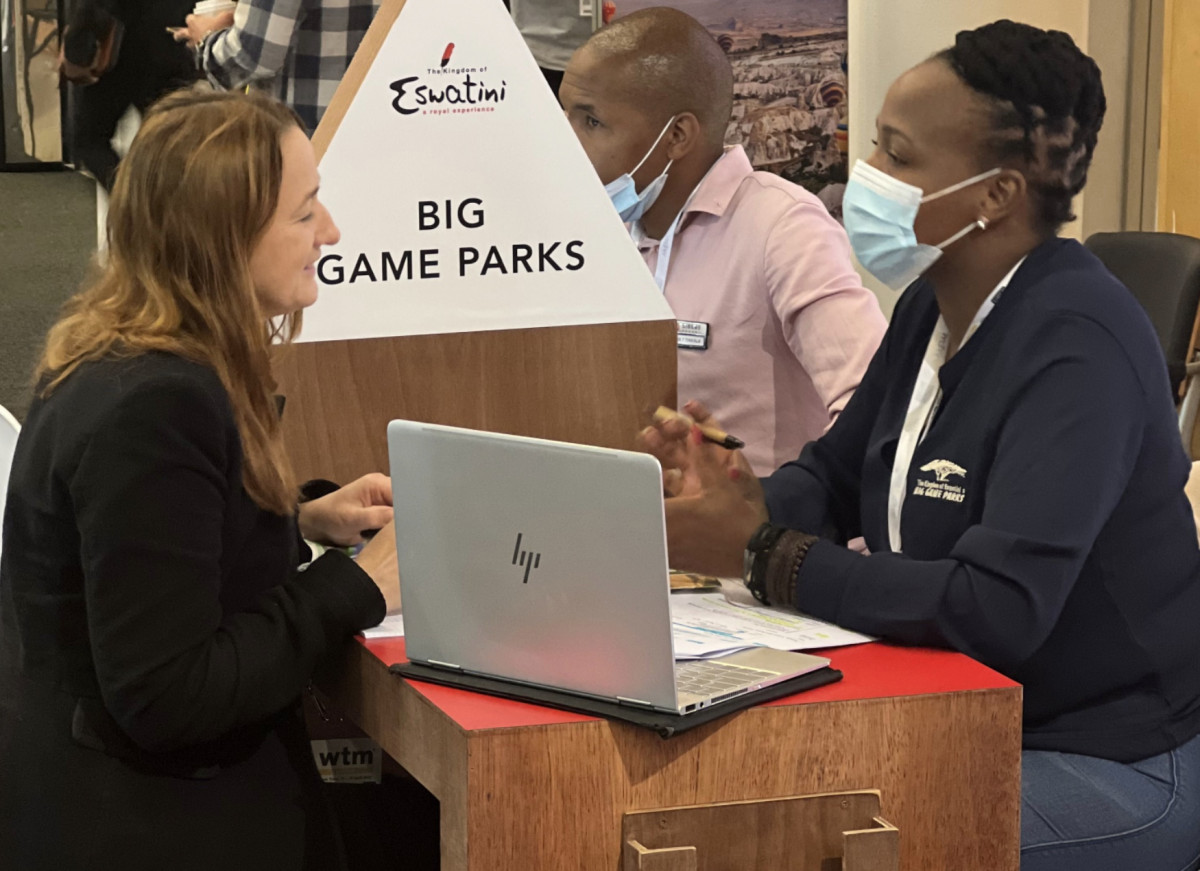 “As Big Game Parks, we have observed a great shift in the buyers and tour operators we have met with prompted by the Eswatini’s acceptance of vaccination certificates for fully vaccinated tourists. The PCR tests posed great challenges as tourists began avoiding travel to Eswatini due to the added cost it demanded. Even tour operators were hesitant to bring their clients to the country due to the PCR test requirement. Now that this regulation has been adjusted, we have managed to draw keen interest tourists planning to visit us from countries such as Russia, Italy and France among others. We have made great connections and are anticipating more visitors to the Kingdom of Eswatini.”