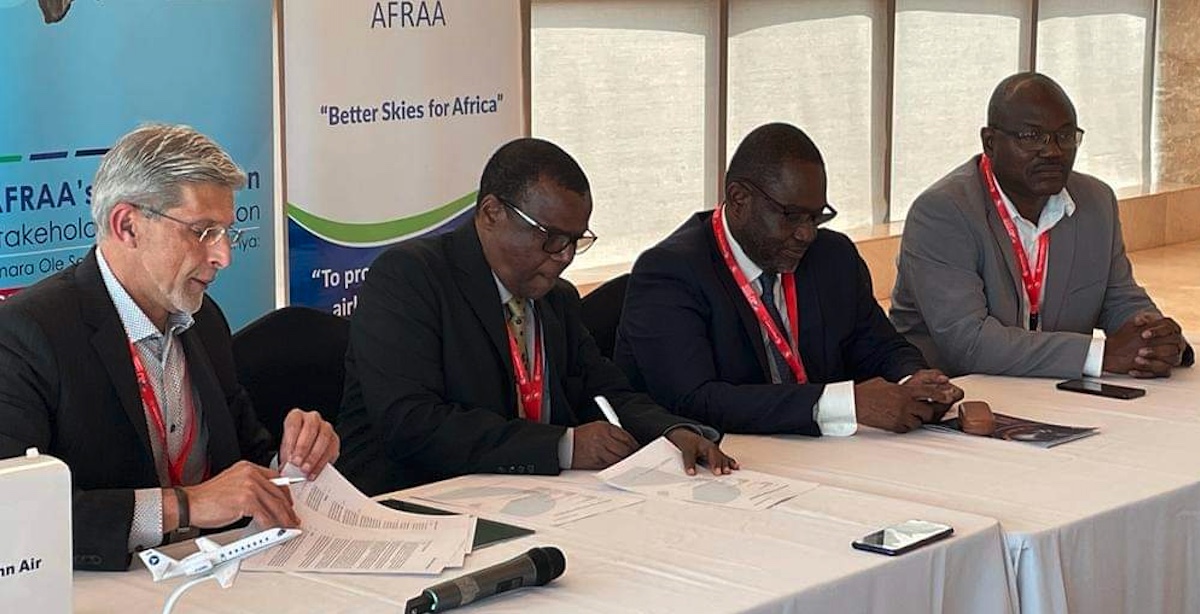 Eswatini Air and German charter airline HahnAir are pleased to announce that they recently formalised their commercial partnership through an interline agreement.

The interline agreement was signed on 9 May 2022 in Nairobi during the occasion of the AFRAA 10th Aviation Stakeholders’ Convention. This is a historical event for Eswatini Air as the new startup airline readies itself to enter the market in mid-2022.

Present at the signing ceremony, the Secretary-General of the African Airlines Association (AFRAA), Mr. Abdérahmane Berthé who is an advocate for collaboration amongst airlines and stakeholders stated: “I am delighted to have witnessed the signing of this collaboration between Eswatini Air and Hahn Air. In my career and experience thus far, while both at AFRAA and in my previous life as CEO of airlines, the value of collaborative arrangements such as the interline framework by Hahn Air to airlines cannot be overstated. This collaboration will go a long way in assisting Eswatini Air optimize its distribution efforts globally.”

Johan Pauwels · Regional Vice President Airline Business Group, Africa and France at Hahn Air could not hide his joy for adding one more airline to Hahn Air’s list of partners, stating that Eswatini Air will bring their number of airline partners to 351. “Our platform will immediately result in Eswatini Air to be accessible for sell to more than 102,000 travel agencies worldwide, with the possibility of combing its flight legs with 350 other airlines”, added Mr. Pauwels.

“We are a full service regional airline, and we have adopted a multiple channel distribution strategy. The agreement with Hahn Air is entered into as part of this strategy, it is critical for us, especially at this early stage when we are just entering the market and we are yet to subscribe onto various airline industry distribution channels”, said Captain President Qiniso Dhlamini, CEO of Royal Eswatini Airways Corporation, trading as Eswatini Air.

More information about Eswatini Air, including their full flight itinerary, prices and schedule will be released in the coming weeks.