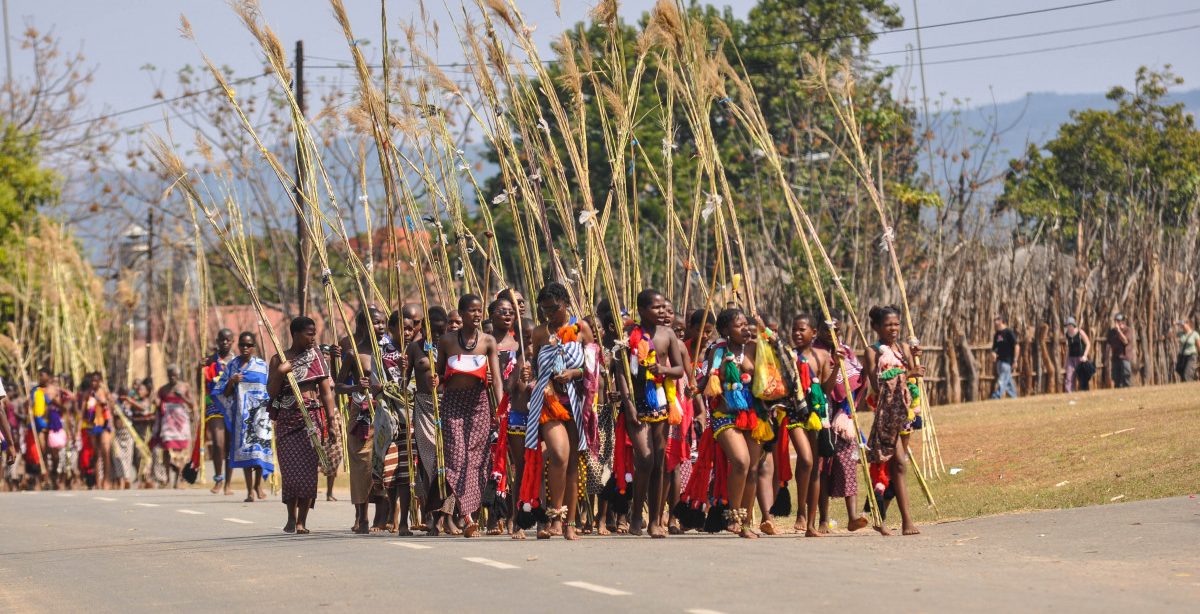 The dates the biggest cultural event in Eswatini have been announced and a hive of colourful activity will soon descend upon the country in the form of the festival known as ‘Umhlanga’ or Reed Dance.

The Festival is set to start on the 30th of August, with the main day (Day 7) set to take place on Monday 5th September. It will be on this day when the main ceremony occurs, with the dancing attended by His Majesty King Mswati III, signalling a public holiday in Eswatini.

This ceremony is an amazing spectacle and a centuries-old tradition where the Kingdom’s unmarried and childless females present their newly cut reed to the Queen Mother to protect her residence. 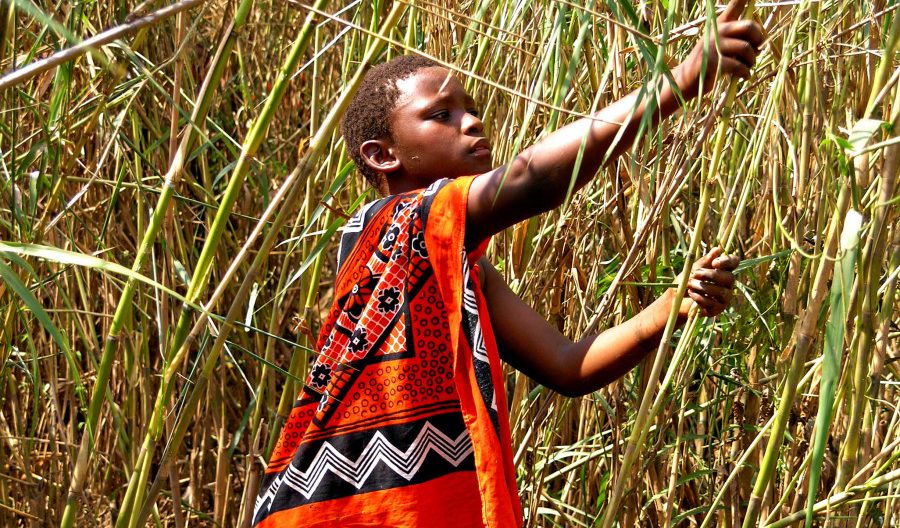 When the main day arrives, young women from all over Eswatini and beyond her borders converge on the royal residence in Ludzidzini for this momentous occasion.

Maidens gather in groups and head out along riverbanks to cut and collect tall reeds, bind them and return to Ludzidzini, the Royal Homestead in Lobamba.

Tens of thousands of maidens, led by Swazi princesses, provide a sea of colour as they dance and sing, proudly carrying their cut reeds. Traditionally, virginity is a pre-requisite for participation as it is considered taboo for an ‘impure’ woman to cut the reed.

Residents of this small mountainous Kingdom are intensely proud of their deep culture and taking part in the Festival is a proud and privileged moment for all the family.

The highlight of the event is the reed-giving ceremony – one of Africa’s largest and most colourful cultural spectacles. The maidens gather at Ludzidzini dressed in traditional attire; bright short beaded skirts with colourful sashes revealing their bare breasts to dance and sing and celebrate the unification of the Kingdom’s women. His Majesty King Mswati lll joins the celebrations to pay tribute to the maidens.

At the end of the day, the maidens present their cut reeds to the Queen Mother, Ndlovukazi, and the protective Guma (reed fence) around her homestead will be rebuilt. 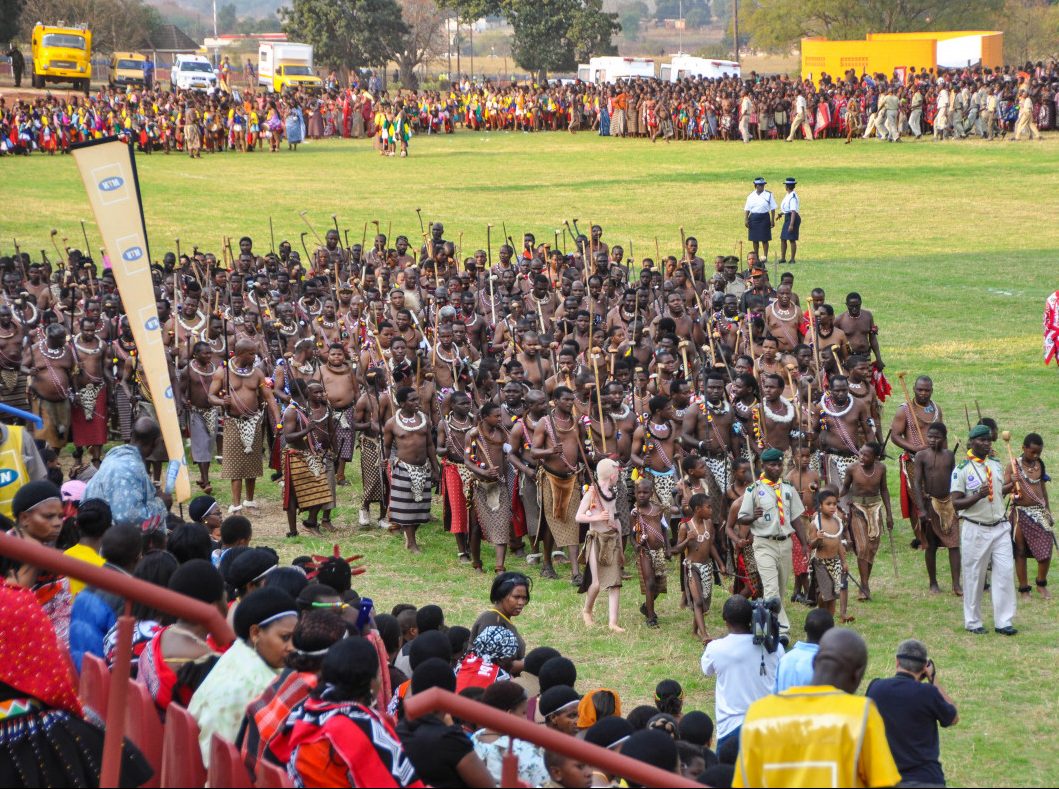 The Umhlanga Festival is a visual spectacle that bonds this small but perfectly formed nation. Its ever- increasing popularity defies the apparent decline of traditional cultures elsewhere in Africa. Witnessing this festival is a truly unique experience. Visitors are welcome, but are vastly outnumbered by the participants!  This is a traditional event that allows spectators, not one that exists for spectators.

See it for yourself and experience Eswatini’s unique blend of ancient culture, pristine wilderness, year-round wildlife and spirit of adventure!

For more information about the Reed Dance, please click here.