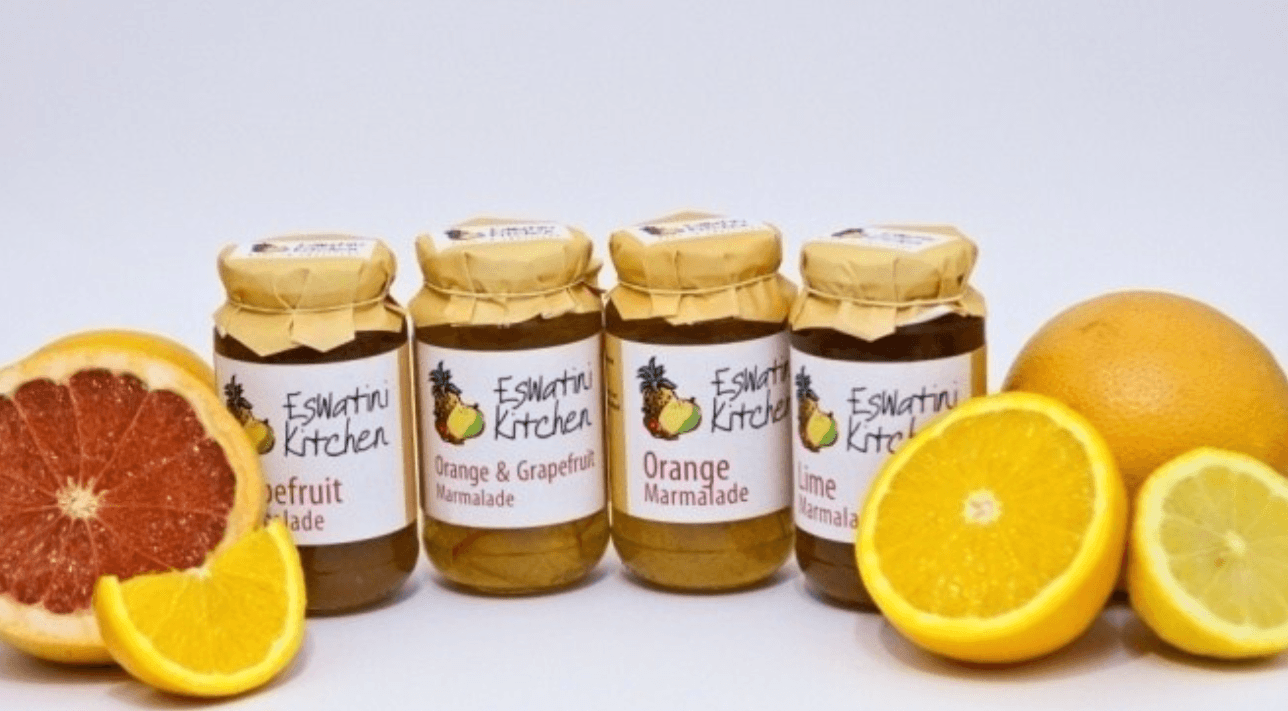 Eswatini Kitchen is a fair trade producer of natural gourmet food such as jams, marmalades, sauces and chutneys. Though based near Riders Ranch at Sidvokodvo south of Manzini, Eswatini Kitchen products are available at a number of Eswatini’s Arts & Crafts outlets around the country.

Established in 1991 in Eswatini by Manzini Youth Care (MYC), Eswatini Kitchen set out goals to employ disadvantaged women and provide a market for small local farmers and rural families who harvested wild fruit (especially guava and marula). The profit generated was to be destined to fund Manzini Youth Care’s social programmes. The project started with 5 women that worked in a one room kitchen and covered every part of the production process.

Within two years the project was breaking even and reaching its goal of employing disadvantaged women. Through the support of an Australian volunteer that helped set up the project,  Jo Edward-Cole, Eswatini Kitchen managed to get its first important international order from Oxfam Australia: a full pallet of jars!

Nowadays, Eswatini Kitchen is a fair trade producer of natural gourmet food, certified by WFTO (World Fair Trade Organization) and COFTA (Cooperation for Fair Trade in Africa) that exports its products to 15 international destinations including Europe, USA, Australia and Japan, complying with food safety standards, HACCP requirements and international regulations. Eswatini Kitchen has grown from a small cottage industry to a thriving business that is enhancing the lives of underprivileged communities by providing a fair and sustainable income for over 300 people in Eswatini., and devoting all its proceeds to the Manzini Youth Care initiatives, which support more than 2000 marginalized children and young people in the country.

Again, Swazi Fire Sauce was recognised in 2009 for its power at the Fiery Food Challenge, organised by Chile Pepper Magazine in the U.S.

In 2009, Swazi Fire was also recognised at the Scovie Awards with the second place Hot Sauce World Beat.

The exotic Kumquat Atchar won the award for Best Import Product in November 2009, at the Fiery Foods UK National Chilli awards. Eswatini Kitchen thank the UK distributor, Just Trading Scotland, for presenting their Atchar, that was recognised for a wonderful fruity, spicy flavour with heat that was mild but warming and complimented the fruity zing.